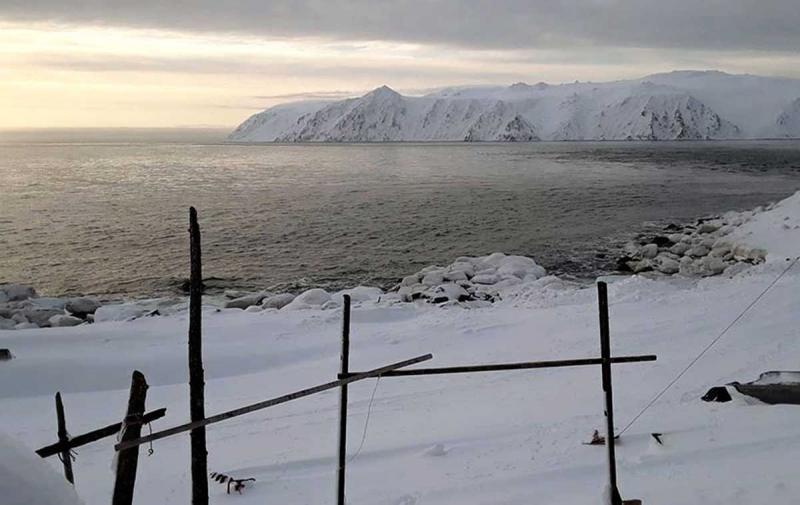 Autumn 2018 began with very warm ocean temperatures in the southern Chukchi and Bering Seas. Again, this resulted in the very late formation of sea ice.

Sea ice cover in the Bering sea during November 2018 was the least extensive on record in the satellite era since 1978. Freeze-up of the Chukchi Sea was about two weeks later than the long-term average date.

Passage of storms in December 2018 and early January 2019 produced frequent north winds and seasonably cold temperatures in the Bering and Chukchi seas. This combination allowed for the rapid southerly expansion of sea ice from the Bering Strait region. Coastal communities could expect more extensive spring ice, as had been normal in years past.

The weather pattern changed dramatically in late January 2019. For the next five weeks, 15 distinct storm systems rolled across the central and western Bering Sea from the southwest to the northeast This “parade of storms” brought seemingly non-stop south to southeast winds that decimated existing sea ice with large swells, above-freezing temperatures, and/or by pushing the ice northwards.

People must quickly alter food-gathering strategies to provide for the nutritional, cultural, and economic needs of their families.

The lack of sea ice in 2017-18—and now 2019—has had large repercussions on the northern Bering Sea marine ecosystem. With so little ice left in the Bering Sea in March 2019, this summer will feature considerably warmer than normal ocean temperatures in the Bering and southern Chukchi seas.

Environmental issues likely to result from a second year of open water conditions include changes to the entire northern Bering Sea ecosystem that may force seabirds, fish, and marine mammals to move north.

We don’t fully understand the impacts of this winter’s low sea ice and warmer ocean temperatures on marine mammal behavior. Coastal communities with active maritime subsistence activities will be the first to see these impacts.

Why did so little ice form? Warmer water, more wind

How did this past winter compare?

The amount of sea ice in the Bering Sea was lower this winter than in any year since 1850, except for 2018—and March 2019’s ice extent was even lower than 2018’s. This means that ice had disappeared from an area equal to one quarter of the size of the entire state of Alaska.

What’s next for spring/summer 2019, and beyond

We can expect that Bering Strait sea ice conditions will continue to change. Further reductions in sea ice will impact travel, subsistence uses, and safety. It is therefore essential to learn to plan for and adapt to these changes.

Cooler and less stormy weather during mid-March has allowed thin ice to reform. However, rapidly increasing heating from the sun and renewed south winds will quickly melt this new ice. It is nearly certain that 2019 will see one of the earliest melt-outs of Bering Sea ice.

Communities need to prepare for more winters with low sea ice and stormy conditions. Although not every winter will be like this one, there will likely be similar winters in the future. Ice formation will likely remain low if warm water temperatures in the Bering Sea continue.

Bering Strait on the web

Thanks to our partners

This summary was brought to you by IARC, the Alaska Center for Climate Assessment and Policy, and Alaska Sea Grant. Questions or comments? Please contact Rick Thoman, ACCAP Climate Specialist, 907-474-2415