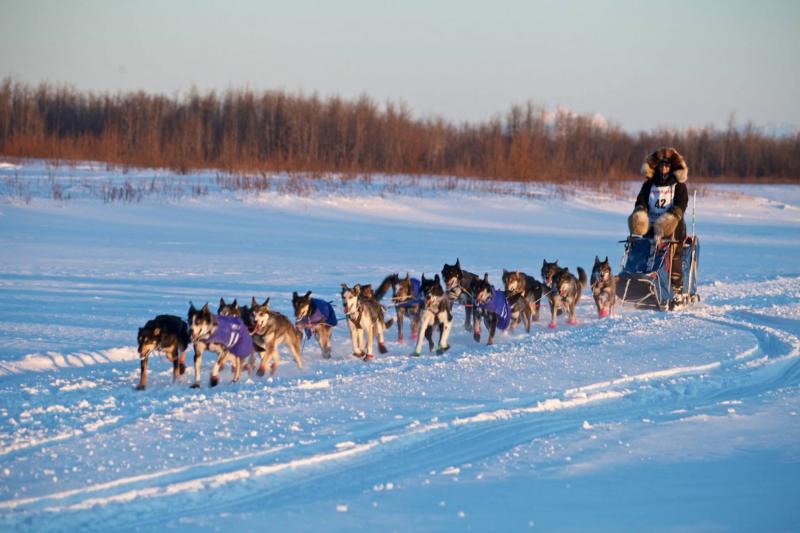 The man who interprets weather data for Alaska will provide daily forecasts for the 2019 Iditarod Trail Sled Dog Race.

Rick Thoman, a climate specialist at the University of Alaska Fairbanks, is slated to share current weather updates and historic perspectives on Iditarod-related weather events via KNOM radio.

KNOM, broadcasting from Nome across western Alaska, has covered the Iditarod since its inception in 1973 and is in regular contact with the race officials before and during the event.

“Typically, we [broadcast] about 10 minutes of what the latest news is in the race,” said KNOM news director Davis Hovey. “That would be where Rick’s recording would come in. It would be a minute or two of what could happen at the next checkpoint, whether storms are coming in or historically what conditions have been like along that stretch of the trail.”

Thoman is well suited to provide this detailed information. He spent 20 years as an Alaska weather forecaster at the National Weather Service before joining the Alaska Center for Climate Assessment and Policy in 2018. ACCAP is housed within UAF’s International Arctic Research Center.

“As a former dog musher, I am acutely aware of how important weather conditions are,” said Thoman.

From Southcentral Alaska to the Bering Sea, the Iditarod traverses a wide range of landscapes, including several mountain ranges and the sea ice of Norton Bay. “Strategies and safety along the way are dependent on weather conditions,” said Thoman.

“More specific weather forecasts can only help the dogs, the mushers and the race,” he said.

This kind of Iditarod-specific weather information has not been available since the 1990s, when the National Weather Service last provided race forecasts. Since that time, media, race followers and participants have largely relied on generic weather forecasts.

Thoman’s first trail-specific forecast will be made on Sunday, March 3, with the Iditarod race restart in Willow, Alaska. The thrice-daily updates will be available at knom.org in the dedicated Iditarod section.