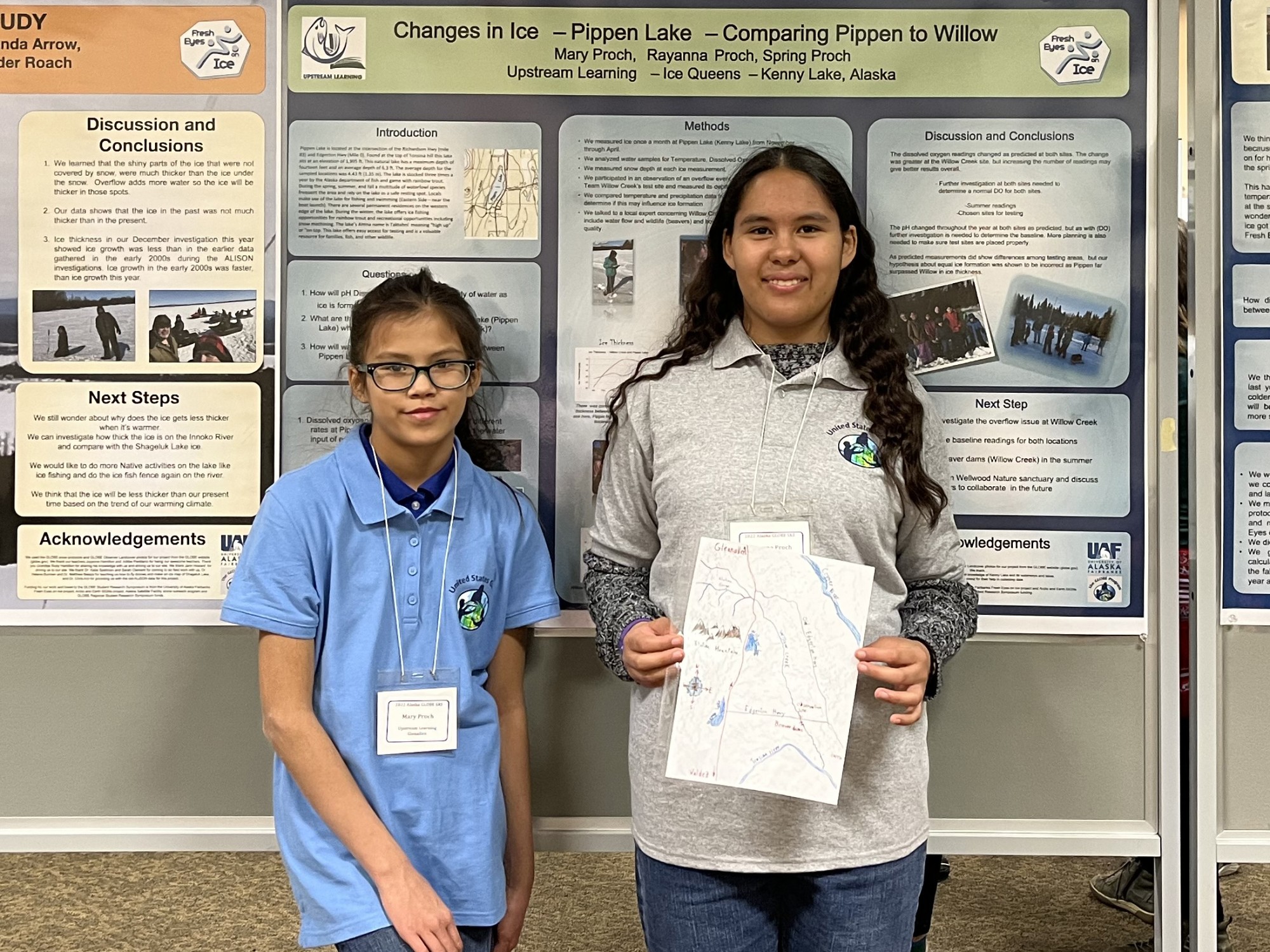 On a sunny spring Earth Day in Fairbanks, over 60 K-12 students gathered from across Alaska to participate in a research symposium. The event was part of Global Learning and Observations to Benefit the Environment, a worldwide science and education program.

Over the past year, students used GLOBE and accessed Indigenous knowledge to learn about their local environments. During the symposium they presented posters showing what they learned and want to do next to benefit their communities.

GLOBE started on Earth Day in 1994, so it was fitting to host the first-ever GLOBE Alaska Symposium on Earth Day, April 22, 2022. Students rotated through stations exploring water quality and learning about Koyukon Athabascan storytelling.

The GLOBE methodologies that the students used to make observations in their home communities allow their data to be used by scientists all over the world. Their data also contributes to existing University of Alaska Fairbanks and NASA research on river and lake ice, snow, berries or air quality.

“This project helped us connect more as a group and helped us learn more about our community, a lot,” said Rayanna Proch, a student from Glennallen who has been comparing ice thickness, snow depth and water quality to support winter fishing and river ice safety.

Proch was part of an all-girl team dubbed the “Ice Queens” with the Upstream Learning Homeschool group. The Ice Queens shared their findings on a poster with their research questions, hypotheses, photos, graphs and next steps. They enjoyed the symposium even upon discovering that their hypothesis about ice thickness was incorrect. Proch realized that there does not have to be a right or wrong answer to a scientific question.

In many ways the symposium mirrored activities in which professional scientists engage. Students peer reviewed one another’s posters and learned the importance of collaborating with other scientists.

Youth were excited to collect data knowing that their research will be used by scientists and communities. Fourth-grade student Iris Bright exclaimed that as a student, “it makes me feel powerful to make a difference.”

Bright and her classmates at Anne Wien Elementary School in Fairbanks have been monitoring ice and snow in Noyes Slough. Their data contributes to an effort between the UAF Fresh Eyes on Ice project and National Weather Service to improve river breakup forecasts.

Maggie House is a UAF student majoring in natural resources and environment. She is a student assistant at the International Arctic Research Center and coordinated the Earth Day Symposium.