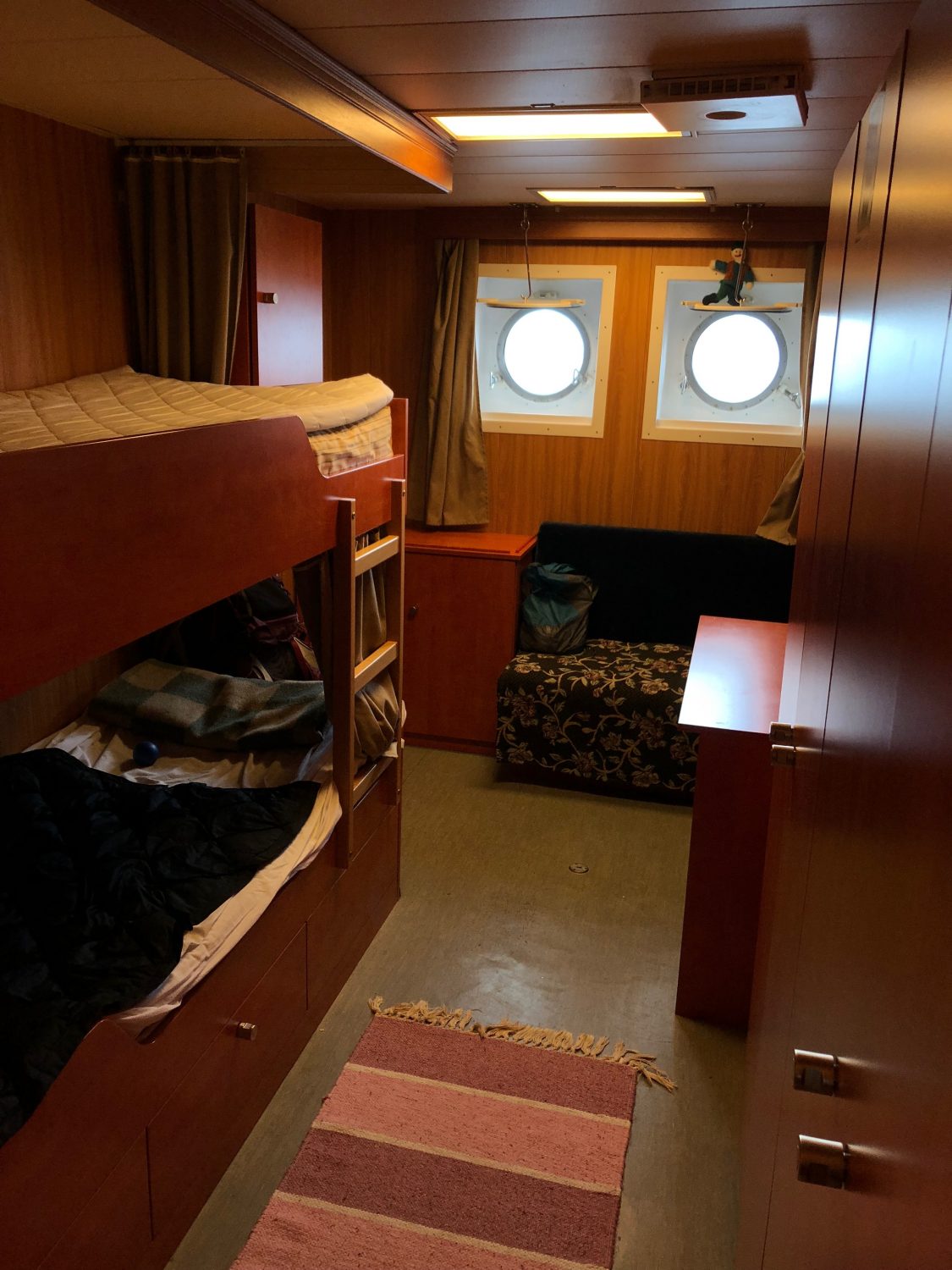 The morning started off being overcast with light rain, and we sailed in and out of fog all day, but the sun peeped through briefly this afternoon. We have now passed Novaya Zemlya Island and are approaching Severnaya Zemlya Island (North Land Island) on our starboard side, east.

The decks are humming with the scientists and mooring crew scurrying about in preparation for our first mooring recovery and CTD test cast. The estimated time for our first CTD test cast is 2:00 am. Since the time is limited, the crews work all day and night.

The ship is a little city that floats on the ocean. There are diesel turbines that generate electricity. (Similar to GVEA in Fairbanks, Alaska using coal to generate electricity.) Electricity is needed for washing machines, toilets, lights, computers, navigational systems, septic systems, stoves, ovens, microwaves, coffee pots, refrigerators, opening the hangar door to accommodate helicopters, winches, and all other sorts of things.

My home in the NABOS floating city.

This is my bunk and home on the ship.