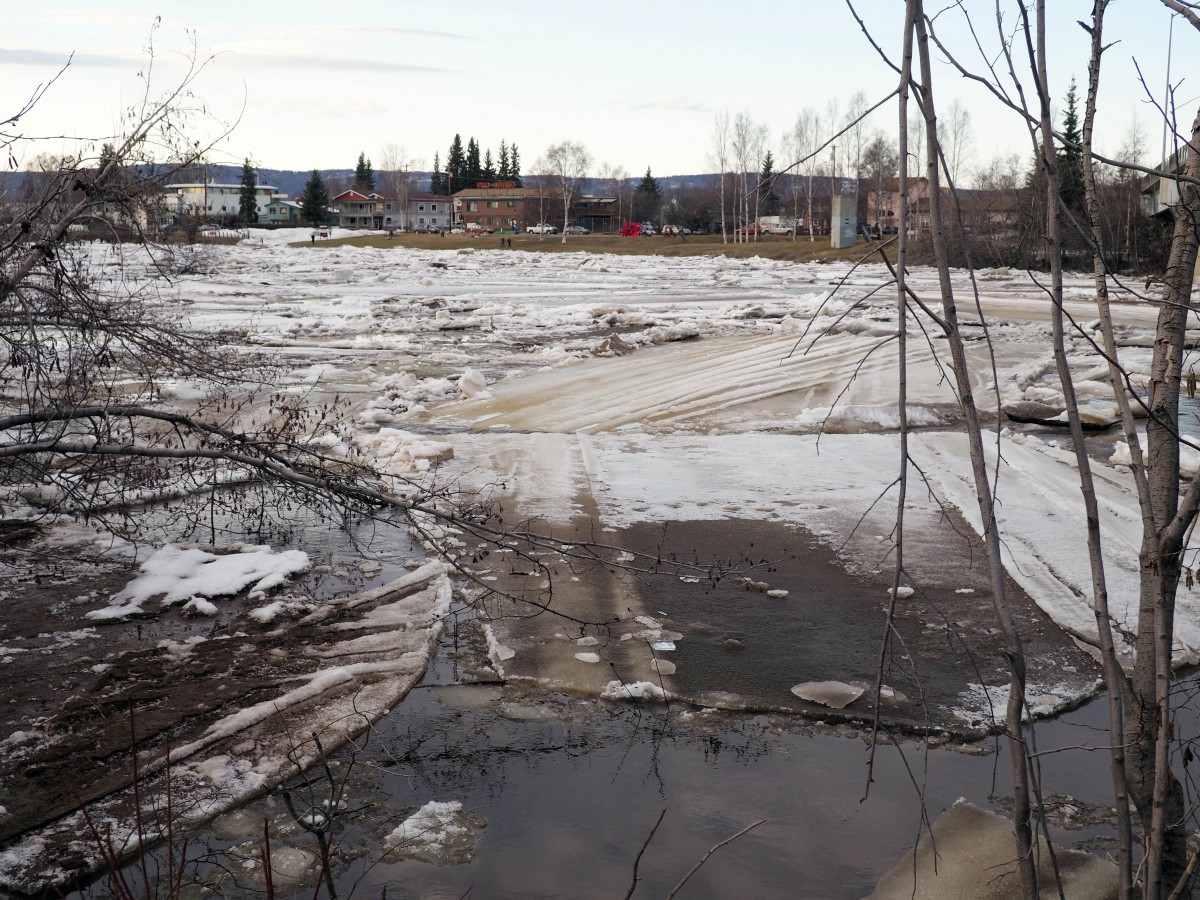 This week, IARC scientists are presenting their work alongside thousands of colleagues from around the world at the 2021 American Geophysical Union fall meeting. These Science Shorts, first published in the Fairbanks Daily News-Miner, highlight some of that work. You can also find out more about UAF at AGU by searching for #UAFxAGU on Twitter, Instagram and Facebook.

A new University of Alaska Fairbanks-led effort is working to predict how the changing hydrology of the Chena, Salcha and Chatanika rivers could alter the potential for flooding events during the next half-century in the Tanana Valley.

Since the Fairbanks area is intertwined with those rivers, long-term shifts to those watersheds could greatly affect its people and infrastructure. Better monitoring is important as climate change rapidly alters the Arctic ecosystem, causing more extreme weather events, said UAF researcher Alec Bennett.

“We’re trying to understand what might change, and what it means for flooding events that require a bit of advance notice, or might alter the ecosystem,” said Bennett, who works at the International Arctic Research Center and College of Business and Security Management. Bennett is collaborating with other researchers at UAF, as well as partners at outside institutions.

The National Center for Atmospheric Research has developed a widely used hydrology model for Lower 48 rivers. UAF researchers and their collaborators are working to adapt it to Alaska watersheds, where frozen ground and other cold-weather dynamics are more common.

Inputs in the project include river flow data from 2001-2018, historical reanalysis data and future climate projections from the Intergovernmental Panel on Climate Change.

The team plans to use those tools and data for selected decades to create projections for river flow, stretching out to 2070. A better understanding of long-term flood risks could allow planners to identify shortcomings, allowing them to reduce the risks to communities and infrastructure.

Learn about other presentations at AGU by IARC researchers and students.