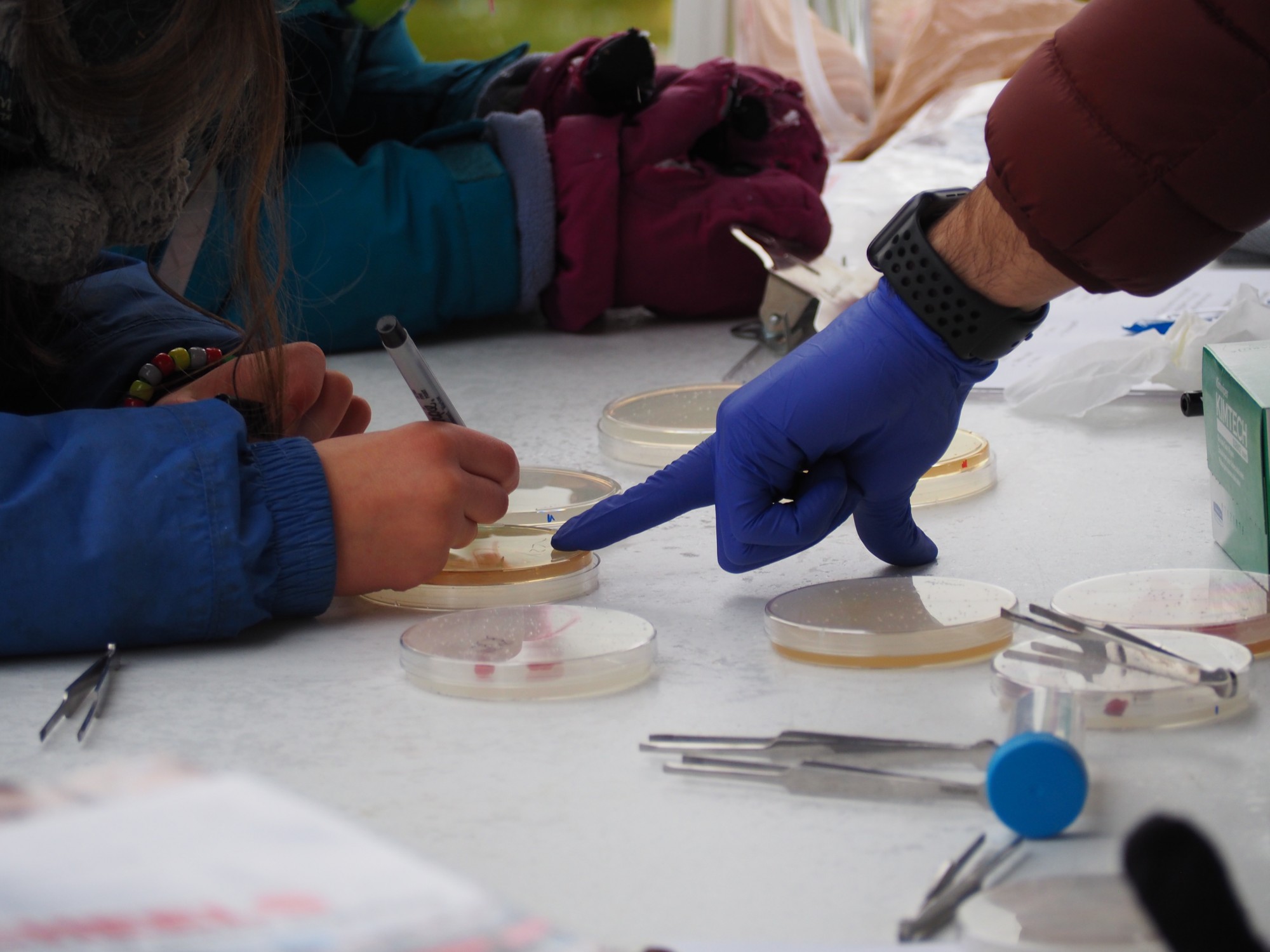 The Microberry project may be a new initiative for the AK CASC, but the team are no newcomers to citizen science efforts. Christa Mulder and Katie Spellman have spent the past ten years working with youth groups and community members to better understand how earlier springs, warmer summers, and more variable falls across the state of Alaska affect the berries that so many of us enjoy.

Their most recent project, called Winterberry, was funded by the National Science Foundation The project has been a huge success – engaging over 1500 youth and adults in the process of data collection, monitoring, and analysis across the state. For the Winterberry team it was all part of the process. “During the Winterberry project we heard so many people express concern about the future of berries. For this new Alaska-CASC project, Alaska’s Berry Future, what we really are trying to do is achieve two things. First we want to know what questions people have about the berries in their community. Second, we want to answer those questions to the best of our ability, and identify gaps in our knowledge.” says Christa Mulder, a faculty member at the Institute for Arctic Biology who has spent nearly 18 years studying Alaska’s berries. It’s in identifying those gaps in knowledge that new research often takes root.

From Pilot Point to Anuktuvuk Pass citizen scientists involved in the Winterberry project have been making weekly visits to field sites, and counting the number of berries that fall into the categories of ripe, unripe, rotten, dried out, damaged or gone over time. As patterns of temperature and precipitation change over the state it’s important to understand how berries are reacting, particularly in the timing of when berries ripen. But many community members were also curious about the cause of rotten berries, a question the team of scientists had to admit that they couldn’t readily answer.

That’s where the new citizen science element of the Alaska Berry Futures project, Microberry steps in. The Microberry project launched with their first data collection exercise on September 25th as part of a Winterberry event at UAF’s Museum of the North Family Day. In spite of an early first snow in Fairbanks many local youth and their families took part in art projects based on past data with Christi Buffington, Chris Villano and Laura Weingartner; went on a berry walk with researchers Katie Spellman and Christa Mulder; and started their own Microberry cultures with microbiologists Mario Muscarella and Elena Sparrow and UAF BLaST Scholar Jill Jacobs. “The students roll the berries on these prepared Petri dishes to spread the microbes onto the plates.” explained Muscarella as he walked participants through the process. “They’ll then be sealed up and incubated to see what microorganisms are present on the outside of different berries.” As the samples grow, kids and families can check in on the progress through photos regularly posted to UAF Museum of the North’s social media.

Collecting Microberry cultures on UAF’s Troth Yeddha’ campus is just the first step of the project. Currently five schools across the state have signed up to participate in the Microberry project and collect data on their local berry microbiomes. Students will use two types of pre-prepared Petri dishes to grow their samples, one designed to promote bacterial growth and another which is designed for fungal samples. Some schools will also receive their own Mobile Molecular Labs with all of the equipment needed to perform Polymerase Chain Reaction (PCR). This is a process which amplifies DNA signals in the bacteria and fungi. Working with researchers at UAF, the youth will use those amplified DNA to sequence the genes needed to identify the species which grew on the Petri dishes.

Ultimately for the Microberry and Alaska’s Berry Future teams it’s all about filling in those gaps in our collective berry knowledge and empowering the next generation of citizen scientists to ask, and answer, the questions most relevant to their communities. As Spellman excitedly explained, “Are the microbes the same across the state or are there distinct regions for the berry microbes? Do outbreaks in one place spread to others? How are the microbes changing over time? There’s just so many questions that this project could help answer and that’s really exciting!”