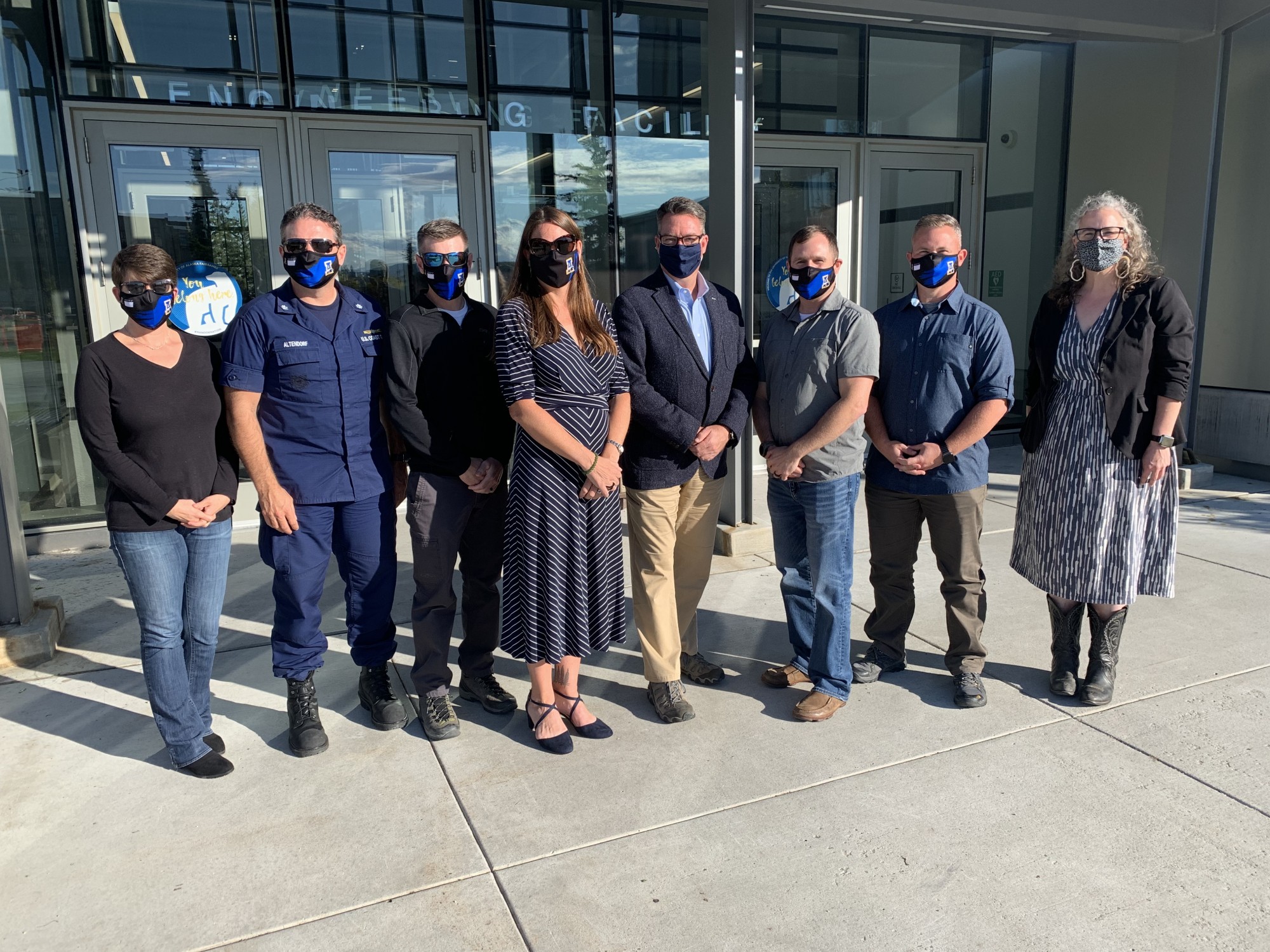 As communities across the Arctic experience rapid climate change, impacts to national security and local emergency response efforts are growing increasingly evident. Integrating science and technology to pinpoint operational solutions to emerging and persistent operational challenges in the Arctic is a priority for the USCG MER division. Garron, deputy university director of the AK CASC and IARC researcher, is conducting ongoing research on the use of unmanned aircraft systems in local emergency response, funded by the Department of Homeland Security that relies heavily on collaborations with USCG.

In the Western Alaskan community of Unalakleet, Garron and her team are training members of the community to fly unmanned aircraft systems in support of local decision-making and emergency response support. Discussions with the USCG MER visitors built on this research to explore modeling efforts focused on the dynamic Arctic coastline, and the rapidly evolving sea ice environment driving the need for solutions to new challenges.

“I was approached by our partners at USCG MER about providing a project briefing on our DHS sponsored project in Unalakleet, and they were happy to stop up in Fairbanks after a Russia-USCG joint exercise in Anchorage to hear it,” said Garron. “Since they were coming all of the way here, I thought it was a great opportunity to introduce these folks, who also represent the USCG on the Arctic Council Emergency Prevention, Preparedness and Response working group, to some of the applicable research from the IARC and AK CASC team that could support their Arctic-focused mission.”

After meeting with researchers on campus on September 9th, the visitors and Garron toured various locations around Fairbanks where the effects of climate change are most dramatic throughout the following day. Garron will continue conversations with USCG MER members about potential uses for AK CASC and IARC data in decision-making throughout the Arctic and new data needs that IARC researchers have the expertise to support.

Use our interactive directory to search for IARC and Climate Group people by name or area of expertise.