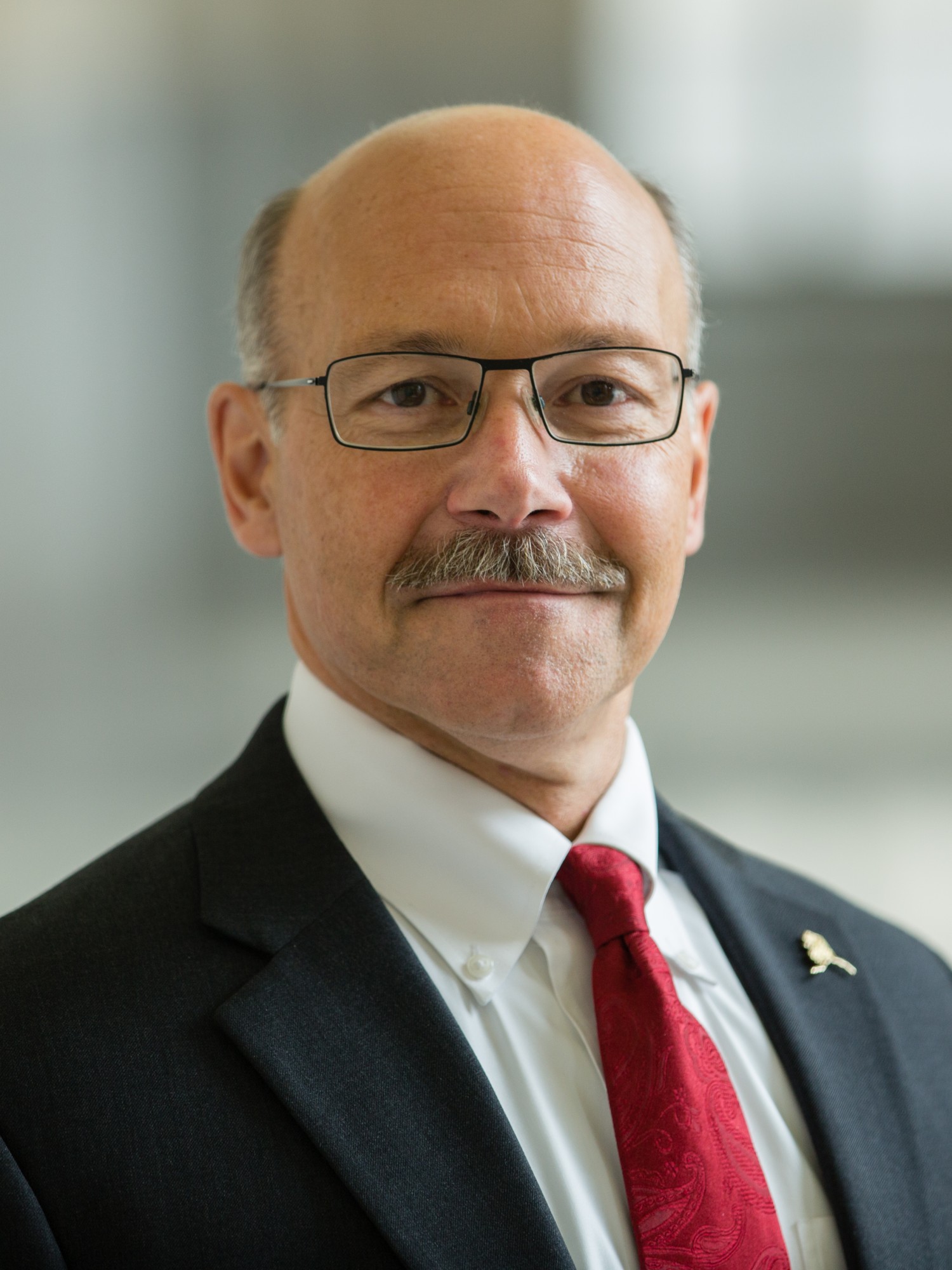 University of Alaska Fairbanks affiliate Mike Sfraga was appointed on Friday as the new chair of the U.S. Arctic Research Commission.

Sfraga, an affiliate research faculty at the International Arctic Research Center, is one of four commissioners with UAF ties appointed by President Biden.

“The United States depends upon the USARC Commissioners to provide insightful guidance and rational, unbiased assessments of actions to maintain our position as an Arctic nation guided by science,” said the White House Office of Science and Technology Policy press release.

Other appointees with UAF ties include Jackie Richter-Menge, David Kennedy and Mark Myers.

“The USARC’s work is critical to the visibility and understanding of the Arctic,” said UAF Chancellor Dan White.  “The new members of the commission will lend great leadership and vision to Arctic science and policy. The fact that four of the new commissioners have current or past affiliation with UAF gives us great pride. We wish them well and look forward to continued work with the commission.”

As head of the agency, Sfraga has a long history in Alaska, Arctic research and at UAF. He spent over 30 years at the university serving in academic, administrative, and executive positions, including vice chancellor, associate vice president, faculty member, department chair, and associate dean. He maintains his connection with UAF as an affiliate research faculty at the International Arctic Research Center.

“Mike Sfraga has been a great linker and connector, and his leadership of the U.S. Arctic Research Commission will shine a light on issues of importance as the Arctic and Alaska are in the midst of major transformations,” said IARC director Hajo Eicken.

Beyond Alaska, Sfraga is founding director of the Polar Institute and the director of the Global Risk and Resilience Program at the Woodrow Wilson International Center for Scholars in Washington, D.C.

Sfraga is not the only commissioner currently affiliated with UAF. Jackie Richter-Menge is an affiliate research faculty at the UAF Institute of Northern Engineering. In recognition of her research accomplishments, UAF granted her an Honorary Doctor of Science in 2016. Beyond UAF, she spent nearly 34 years at the U.S. Army Corps of Engineers Cold Regions Research and Engineering Laboratory.

Kennedy, who has served as chair of the commission since March, worked at the UAF Geophysical Institute in the mid-1970s as logistics facilities director in support of the National Oceanographic and Atmospheric Administration’s Outer Continental Shelf Environmental Assessment Program. His work at the GI led to a 30-year career with NOAA, culminating as senior policy advisor for the Arctic region.

Myers served as UAF vice chancellor for research. A geologist, Myers also was director of the U.S. Geological Survey, commissioner of the Alaska Department of Natural Resources, and director of the Alaska Division of Oil and Gas. He also spent 26 years as a pilot and intelligence officer in the Air National Guard and Air Force Reserve.