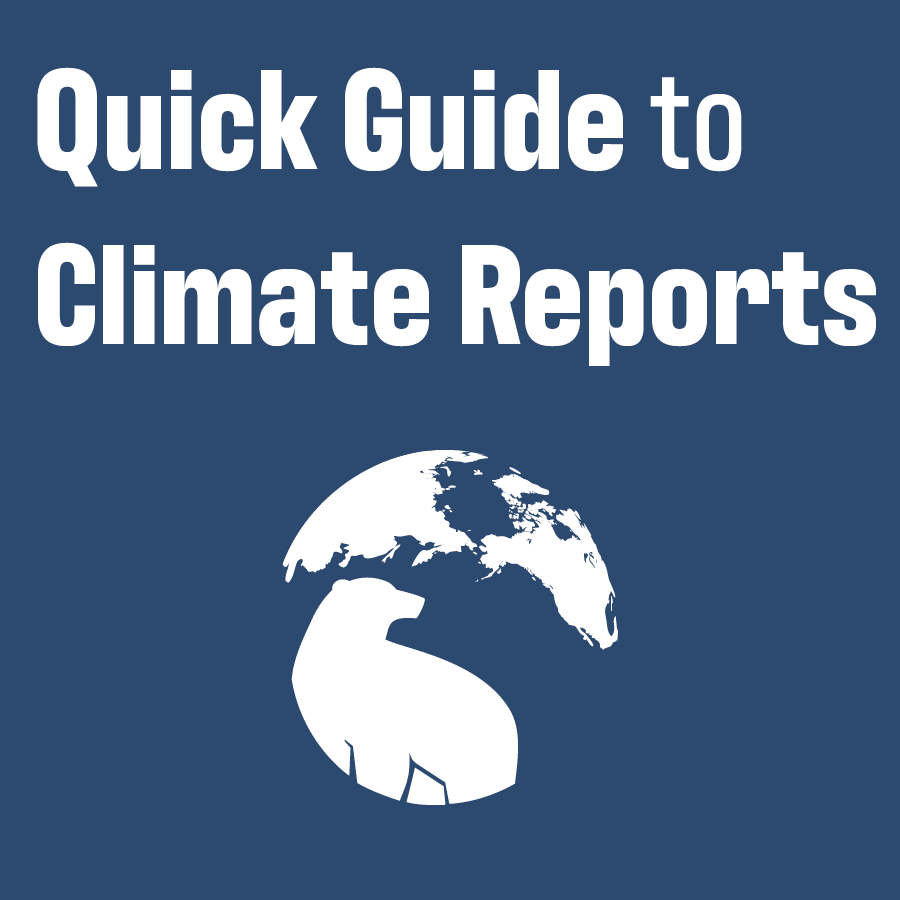 The State of the Climate this week, the Intergovernmental Panel on Climate Change at the beginning of the month and the Arctic Report Card before the year’s end. A new regional, national or international synthesis report on climate change seems to come out every few months. Why do scientists, government agencies and international organizations devote so much time and energy to these reports? The answer is in synthesis.

Individual scientists have different interpretations and levels of agreement on science issues, especially when it comes to future projections of impacts and possible responses to climate change. We also know from social media, that the most important and best vetted information is not always the content that gets the most attention.

Major climate reports like the IPCC and National Climate Assessment synthesize scientific research, a process that consists of summarizing numerous individual research studies, to provide an interdisciplinary, unbiased and trustworthy picture of the state of our knowledge.

“If we accept that climate change is a serious problem, we need to know what is going on,” explained John Walsh, chief scientist at the University of Alaska Fairbanks International Arctic Research Center. “These assessments try to provide a balanced view.”

The reports achieve this perspective through contribution from hundreds of scientists, experts and organizations, extensive review, and in some cases formal approval from governments.

“I’ve dedicated years of my life to these reports, and the motivation is to make the science more useful,” said Walsh who, at some point in his career, has worked on each of the major Arctic climate change reports: Arctic Report Card, State of the Climate, National Climate Assessment, IPCC, Arctic Monitoring and Assessment Programme. Walsh is among more than a dozen researchers at the International Arctic Research Center who have contributed to these reports.

The synthesized information in these reports influences policy and decision making by world governments. Increasingly, there is also a push to make them relevant to decision makers at regional to local scales. They inform emissions standards, health officials use them to address the impacts of climate hazards, they can guide infrastructure and city planning in response to sea level rise and much more.

What makes the reports different?

Though synthesis documents are clearly valuable for responding to climate change and informing the public, why are there so many different reports? This Quick Guide to Climate Reports compares the five most relevant and known in Arctic research.

A major difference between the reports is their timescale and accessibility. The Arctic Report Card is produced annually and attempts to provide a near real-time snapshot of Arctic climate in an accessible format. In comparison, up to seven years can pass between IPCC assessment reports, which synthesize a huge amount of information over thousands of pages.

When it comes to scope, the differences are equally striking. Both the State of the Climate and Arctic Report Card provide a retrospective summary of recent climate observations and extreme events in temperature, snow, ice, ocean, greenhouse gases and more. The IPCC, AMAP and National Climatte Assessment summarize the observed changes in the context of a decision making roadmap. They assign causes to climate change, provide policy recommendations for governments and industry, and share adaptation and mitigation strategies for stakeholders grappling with the effects of change.

No matter their package, coordinating agency or specific content, synthesized climate reports provide a centralized location for the public, scientists, policy and decision makers to access vetted climate information that can be trusted in decisions about our planet’s future.

This article was written with input from John Walsh, Kristin Timm and Rick Thoman.