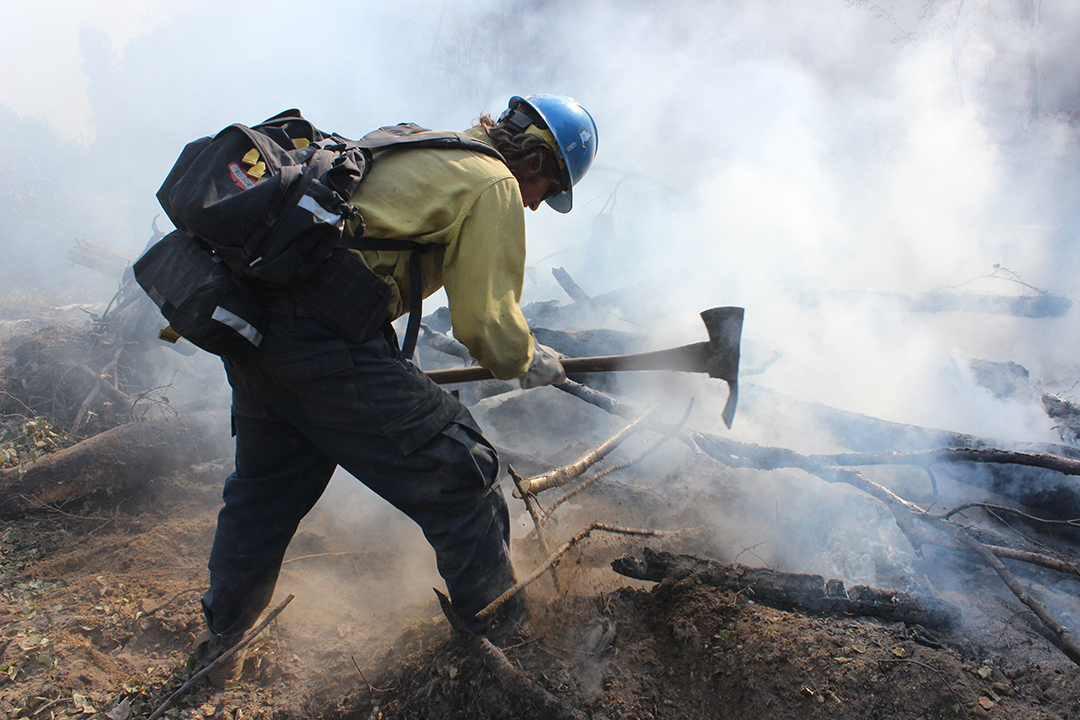 It’s heating up in Alaska—and we’re not just referring to the approaching summer. Over the past 20 years, Alaskans have seen a dramatic increase in wildfire activity across the state. From bigger fire seasons and more smoky days, to increased lightning and wildfires burning in unusual regions of the state, it is clear that Alaska’s wildfire environment is changing.

Understanding these changes is crucial to keeping Alaska communities safe. Research conducted at the University of Alaska in collaboration with the state’s fire managers is exploring how climate affects wildfires and improving data and resources to keep fires—and the costs of fighting them—from getting out of control.

Recently, the University of Alaska Fairbanks International Arctic Research Center and the Alaska Fire Science Consortium released a new report that highlights the impact of climate change on wildfire and emphasizes why scientists and wildfire managers need to continue working together to improve wildfire resources tailored to Alaska.

Six key facts from the report can help Alaskans understand how wildfire is changing, the cost and impact of wildfire on public safety, and how we can work together to safeguard communities from wildfire dangers.

On average, Alaska’s snowpack now melts two weeks earlier than it did in the late 1990s. This trend is pushing fire season earlier, requiring more vigilance, training, and resources. After our record 2004 and 2005 seasons, Alaska’s fire management agencies advanced the official start date of fire season from May 1 to April 1. This allows fire crews to be ready to respond earlier, and requires residents to get a Division of Forestry burn permit and follow its guidelines for burning yard debris, using a burn barrel or burning off lawns. During April this year, people started 22 wildfires in Alaska, putting several homes at risk.

Humans ignite about 60% of Alaska’s wildfires, which tend to occur closer to communities and require more resources to fight than remote fires ignited by lightning. In 2019, eight close-to-home fires, including the McKinley Fire, which destroyed more than 130 structures in late August, raised suppression costs to a whopping $300 million.

One of the best ways to protect Alaska communities from wildfire and save money is by constructing fuel breaks between populated areas and wildlands. Fuel breaks reduce flammable vegetation and enable firefighters to work more safely near communities. One Alaska study found that $1 spent on fuel breaks saves $165 in protected structures. Homeowners can help this effort by preparing their property following FIREWISE guidelines on the DOF website.

During active wildfire seasons, smoke particulates dominate air pollution in interior Alaska. Prior to 2004, Fairbanks had only one summer in the previous half century with more than three weeks of significant smoke. Since 2004, prolonged smoke episodes have occurred five times, including twice since 2014. Smoke is a less frequent problem in Anchorage, but 2019 was by far the smokiest summer there due to the nearby Swan Lake Fire. Learn how to reduce your exposure to smoke.

Alaska’s wildfire environment is unlike any other, and Alaska needs specific fire management tools to meet its unique needs. Alaska’s fire managers partner with UA scientists to ensure that fire management efforts incorporate the latest scientific findings and tools on wildfire behavior, fire weather and prediction.

Zav Grabinski is a science communicator at the Alaska Fire Science Consortium at the International Arctic Research Center within the University of Alaska Fairbanks.

Norm McDonald is the Chief of Fire and Aviation for the Division of Forestry, Alaska Department of Natural Resources.

Kent Slaughter is the manager of the Bureau of Land Management Alaska Fire Service.