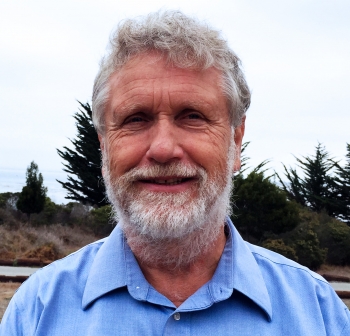 Kelly is one of over 800 U.S. citizens who will conduct research or teach abroad for the 2020-2021 academic year through the Fulbright U.S. Scholar Program. The Fulbright Arctic Chair, which Kelly has been selected for, is one of the Fulbright Distinguished Chairs programs, which are among the most prestigious appointments in the program. Only one Arctic Chair is awarded to a U.S. scholar each year.

During his time in Norway, Kelly will conduct research at The Arctic University of Norway as part of a project to study environmental change in the Arctic. He’ll observe Norwegian approaches to coordinating Arctic research and share their best practices with the Study of Environmental Arctic Change in the United States and ArcticNet in Canada.

The opportunity will help foster meaningful connections across research communities in the United States and Norway.

“Closer ties are urgently needed because they can help in the synthesis of recent research findings from the Pacific Arctic and European Arctic sectors,” said Hajo Eicken director of IARC. “Dr. Kelly’s ability to foster networking and collaboration will result in closer ties between leading researchers active in these two study areas.”

The Fulbright Program is the flagship international educational exchange program sponsored by the U.S. government and is designed to forge lasting connections between the people of the United States and other countries, counter misunderstandings, and help people and nations work together toward common goals. Since its establishment in 1946, the Fulbright Program has enabled more than 390,000 students, scholars, artists, teachers, and professionals of all backgrounds to study, teach and conduct research, exchange ideas, and find solutions to shared international concerns.

The Fulbright Program is funded through an annual appropriation made by the U.S. Congress to the U.S. Department of State. Participating governments and host institutions, corporations, and foundations around the world also provide direct and indirect support to the program, which operates in more than 160 countries worldwide.