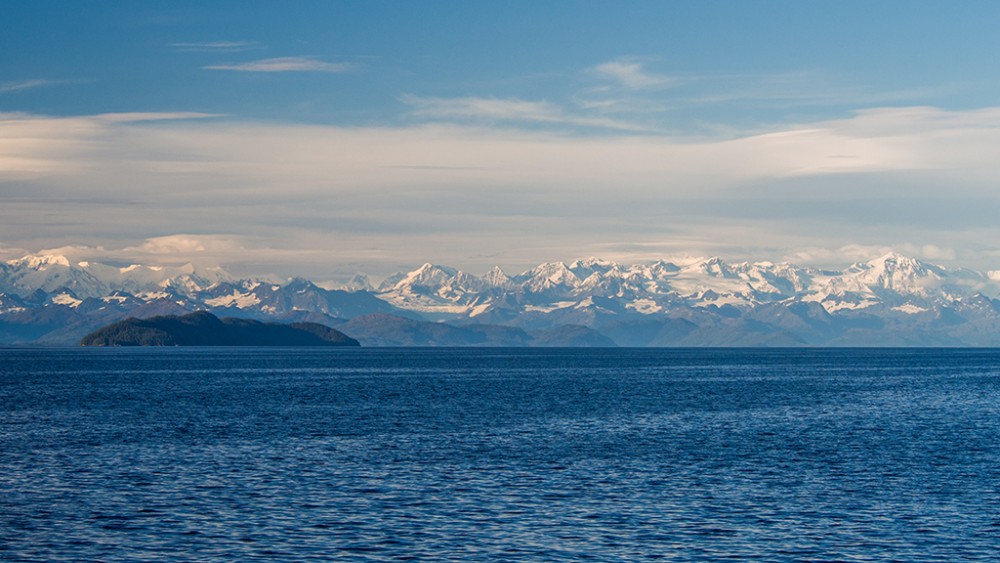 Ocean acidification is a term for the ongoing decline in pH in the world’s oceans. It occurs when human-made carbon dioxide building up in the air is absorbed by the ocean, lowering its pH and often creating poor conditions for crabs, mollusks and other marine organisms.

Despite its relevance to commercial and subsistence fishing, ocean acidification is poorly understood in Alaska. University of Alaska Fairbanks researcher Claudine Hauri is working to change that by providing a way to identify ocean acidification hotspots, seasonal patterns and long-term trends.

Hauri, a chemical oceanographer at UAF’s International Arctic Research Center, and her team developed a user-friendly web tool. With it, people can create maps, plot data and view statistics for over 100 ocean variables, including temperature, salinity, pH and carbon dioxide in the water. Many of the variables are linked to ocean acidification and climate change.

The data are three dimensional, so tool users can explore conditions at different depths. They also can compare over 30 years of simulations to see how ocean acidification is changing.

The team developed the tool using an ocean acidification model that merged physical, biogeochemical and hydrological ocean models to reproduce past Gulf of Alaska conditions from 1980–2013. Hauri plans to expand the model through the present day and, depending on funding, into the future.

“This model simulation is special because it is long and goes back to 1980 and is informed by a freshwater simulation that mimics the riverine input from thousands of rivers and streams along the coast,” said Hauri.

Since pH tends to be lower near river mouths and glaciers, including where, when and how much freshwater enters the ocean was a critical distinction from past ocean acidification models. Previous models also covered much shorter time periods or didn’t incorporate how ocean acidification varies spatially or from one year to the next.

“This system is so variable over space and time that you can’t just look at a few years and say it’s ocean acidification,” explained Hauri. “You need much more time in order to be sure that what you see is a long-term trend.”

To evaluate its effectiveness, Hauri used her model to reproduce past conditions that were observed during biannual scientific cruises out of Seward.

“We really have the seasonal variability down, as far as we know, from the observations,” said Hauri.

Nina Bednarsek is one of the first people to use the model. A biological oceanographer at Southern California Coastal Water Research Project, Bednarsek is assessing the risk of ocean acidification on pteropods, an abundant sea snail important to salmon in the Gulf of Alaska. The work hinges on Hauri’s model to identify ocean acidification hotspots and times of the year when conditions are poor.

“Biological interpretation of the [ocean acidification] risks without such a model is almost impossible,” said Bednarsek.

Next, Hauri is using the model to explore how climate change, in terms of warming temperature and more freshwater from melting glaciers, impacts ocean acidification in the gulf. Will it slow down or speed up?

This work is described in a scientific paper published on July 29, 2020, in the journal Biogeosciences.