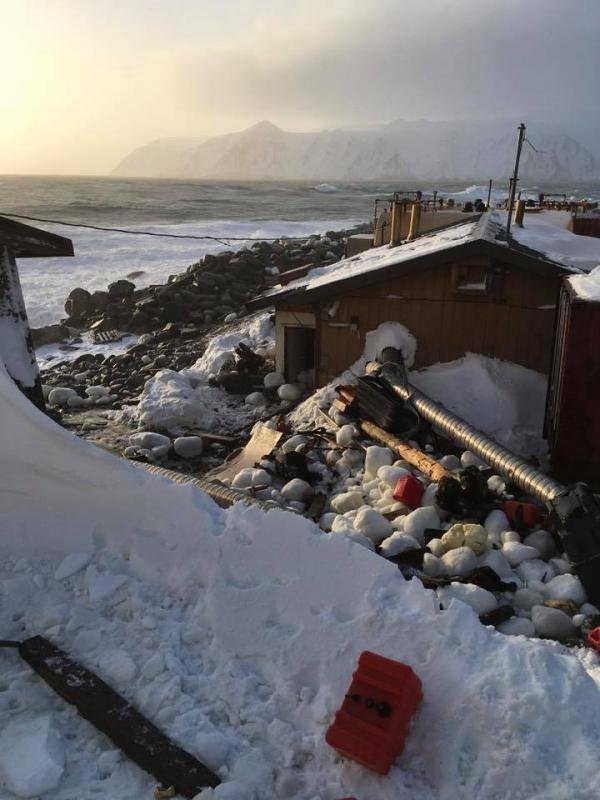 These changes, and many others, are taking place in the Bering Sea. They are likely triggered by climate warming and sea ice reduction. Last year the world watched as the Bering Sea ice extent hit a record low. Rick Thoman, with the University of Alaska Fairbanks Alaska Center for Climate Assessment and Policy, reported that this year’s extent is extremely low, tracking with last year and 2013 for the lowest record in early December.

Low sea ice is only the tip of the iceberg. The long-term physical and ecological impact of reduced sea ice and warming waters is still emerging.

It’s these unknown outcomes that connected last week’s interdisciplinary town hall meeting. These scientists usually would not connect about their diverse Arctic research, but there is now a growing awareness that change in the Bering Sea is widespread and interconnected. To understand the entire system, scientists and communities need to work together and communicate their observations of rapid change.

These changes are also extending beyond the science. “For local communities, the new Bering Sea is an uncertain waiting game,” said Matt Druckenmiller, expert in coastal sea ice dynamics and scientist at the National Snow and Ice Data Center in Boulder, Colorado. Alaska Natives on the northwest coast have relied on winter see ice for hunting and transportation for generations. As conditions change, they are waiting longer and longer to get out on the ice. There are major food security, safety and economic implications for communities. Resource managers are also struggling to respond to the changes.

In this week’s meeting, the group discussed ways for reciprocal communications of observations between communities and the science community. They also deliberated whether the Bering Sea has reached a tipping point where conditions cannot return to where they were. The team will continue to share findings as they strive to understand this new Bering Sea as a system.

A Facebook Live from the town hall is available here.