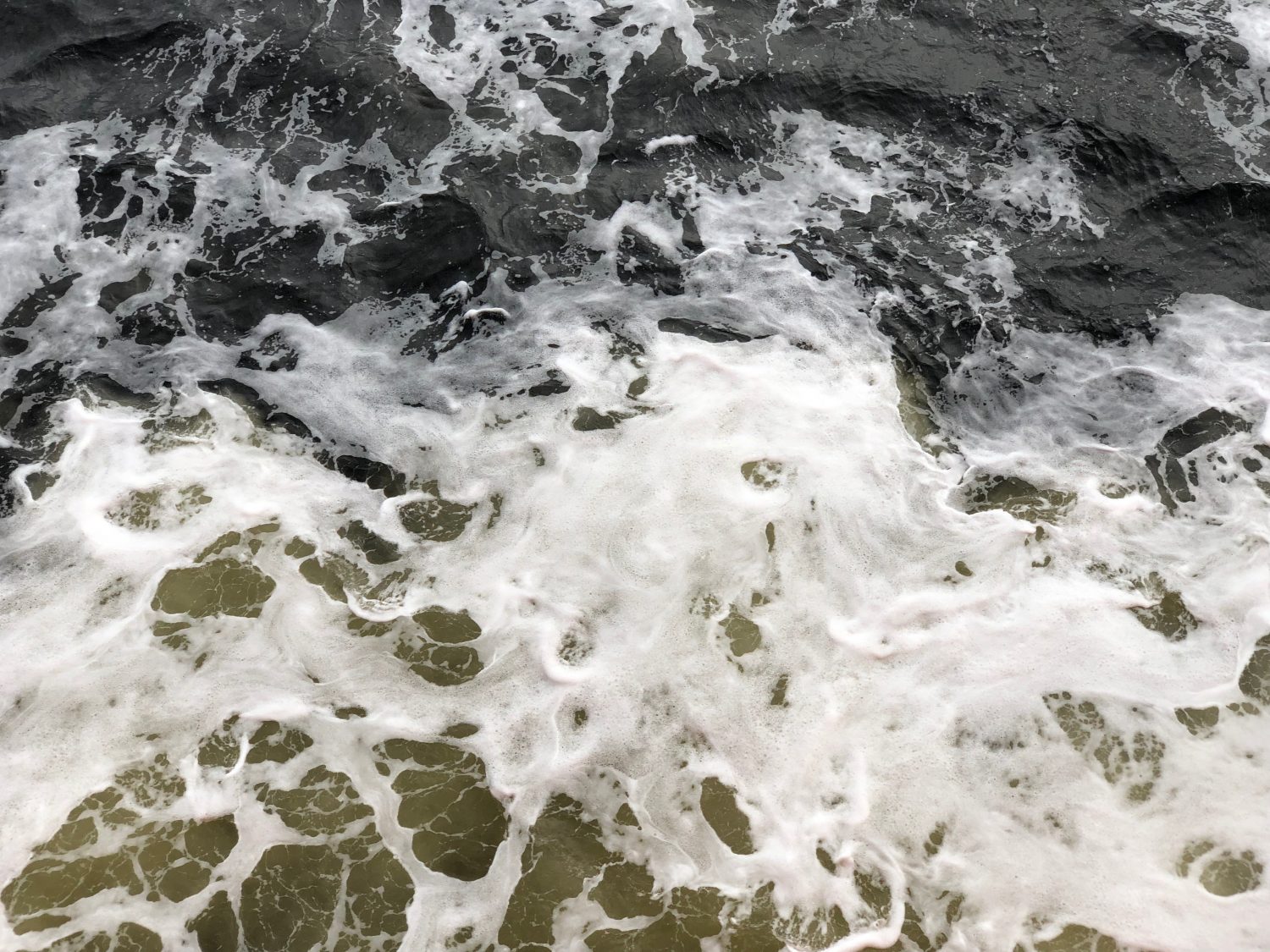 We are on our way to Arkhangelsk, Russia! Yay! The water has a calm, blue-green glacial hue with a few small white caps.

What does one do while at sea for two days and scientific research has not begun? The mooring technicians are kept busy with final repairs to the A-frame and checking scientific equipment. The rest of us took the opportunity to catch up on laundry, read, play games, watch movies, and sleep. Once the research begins there will not be much time for such luxurious activities.

A little later in the day, the water got choppy and it started to rain causing the ship to roll- move from side to side. Anything hanging from the ceiling took on a gentle sway.

with a mayonnaise base; and pineapple wedges

In case of rough weather, the equipment is strapped down on the deck before departure from Kirkenes.

Science team members check to make sure the winch is working properly.

Channing Bolt, a UAF PHD student studying trace metals in sea ice, takes the opportunity at sea to get caught up on laundry and work on her thesis. Yes, we hang our wet laundry in our cabins.

Science teams check the CTD (Conductivity, Temperature, and Depth) sensor while at sea before research begins. Notice the rosette (white structure) in the background? There will be more information about the rosette later.

Labs are starting to be set up and organized.

We have been cruising all morning with a view of mainland Russia on our starboard (right) side. We passed Murmansk and are now at the Pilot Station. As we wait for the pilot boat to guide us into Arkhangelsk our ship drifts in the middle of the water with the thrusters (thrusters play an important role in navigating and maneuvering the ship) running occasionally to keep us in the right spot.

Arkhangelsk is located in the White Sea, the smallest Arctic Sea. After the rain yesterday, it is a glorious sunny day, 18˚C (64˚F).  This is probably the only day I will be able to run around on the deck in shorts and a t-shirt!

While we wait, I got a tour of the Bridge with Vladimir Ivanov, the Chief Scientist of the cruise. The rest of the science team decided to set up their labs and equipment.

Tea Time: pigs in a blanket

Cumulo-nimbus clouds forewarning us about the upcoming weather.

A Bridge Deck view of the North Devina River we navigated approaching Arkhangelsk.

A view from the Bridge Deck where ship navigation takes place.

Another view from the Bridge Deck.

Both digital and paper charts are used for navigation. (On land they are called maps, but at sea they are called charts.) The computer has electronic copies of the navigational charts which use GPS coordinates to show where the ship is traveling to make sure they are on track. Why are two charts used? If the bridge loses power they will have the paper charts as a back-up.

The icebreaker is big enough that cameras are needed to help when navigating narrow waterways, and when arriving and departing to and from the dock.

The water changed from a glacial green blue to a deep green brown.