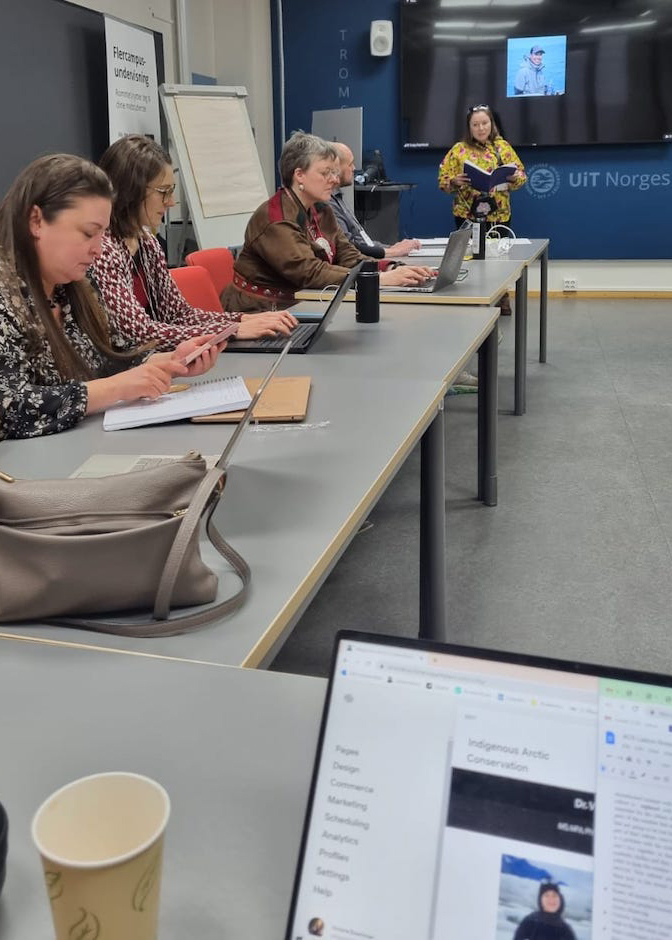 The Sustaining Arctic Observing Networks is an initiative of the Arctic Council and the International Arctic Science Committee. In its 2018–2028 strategic plan, SAON developed a novel framework called Roadmap for Arctic Observing and Data Systems. This framework was a result of shared benefit analysis efforts following the biennial Arctic Observing Summits and the Arctic Science Ministerials. Shared benefit analysis focuses on assessing societal benefits generated by observing systems and identifying benefits that are “shared” across groups (e.g., Arctic communities or regional decision makers) and not simply confined to the objectives of the research enterprise itself; this helps ensure that the priorities of those living in the Arctic are addressed. A critical success factor for ROADS is equitable participation of Arctic Indigenous Peoples in the design and development process, starting at the process design stage to build needed equity. SAON ROADS calls for incremental approaches that are flexible and inclusive; however, the specifics of these approaches have yet to be clearly defined.

During the second year, Arctic CoObs RNA added a three-person, Indigenous Liaison Team that allows for directed Food Sovereignty Working Group engagement with project investigators, international observing networks and regional efforts, and Arctic Indigenous communities. The Indigenous liaison team approach gained traction at the 2022 Arctic Observing Summit, where its potential as a model for other projects (such as the EU Horizon-funded Arctic PASSION project, another SAON ROADS partner) and other Indigenous communities (e.g., the Sámi of the European Arctic) was recognized. The liaison team’s close relationship with Arctic CoObs RNA project coordination has demonstrated significant success with cross-worldview mentoring. Time spent learning histories, cultures, and worldviews—within which RNA CoObs proposes to work—supports the “learning and sharing” aspects of the networking activity and is central to the success and sustainability.

Network documentation and analysis emerged as an additional foundational activity during the first two years of the project. This activity offered a means of mapping and analyzing how organizations and projects interact, who works with who, and how information and decisions flow between groups within the context of Arctic observing. Results of a network analysis undertaken as part of this effort were shared both as a poster during the 2021 American Geophysical Union Fall Meeting and as a presentation at the 2022 Arctic Observing Summit. A comprehensive pan-Arctic network documentation effort would facilitate efficient coordination, increased transparency, and support a more welcoming Arctic Observing community.

The Arctic CoObs RNA team has supported additional efforts to build an Arctic observing community of practice by fostering linkages with related efforts such as the Polar Observing Assets Working Group (POAwg)and the Arctic Action Plan under the UN Decade of Ocean Science for Sustainable Development. In support of POAwg work, Arctic CoObs RNA developed an Arctic Observing Assets Quick Guide that offers a layperson introduction to existing Arctic observing assets viewers and tools. Arctic CoObs RNA also helped convene a workshop at AOS 2022 on next steps in enacting the UN Ocean Decade Arctic Action Plan. Arctic CoObs RNA has moved forward with work to conceptually link societal benefits to shared Arctic variables. These variables guide coordinated observations across interest groups and sectors, but are more responsive to the specific information needs of Arctic Indigenous communities and, in fact, are defined with significant input from these communities. Arctic CoObs RNA team members also coordinated and contributed to the AOS 2022 Conference Statement.

In Year 3, Arctic CoObs RNA is hosting its first in-person meeting of its project team. This meeting will explore an emergent project work plan that centers the concerns of Indigenous partners while realigning the original project goals of collaboratively and iteratively capturing design requirements and bringing together stakeholder communities to capture societal benefits and public interest. Additionally, the meeting will work to identify functional requirements related to observing data capture and aggregation. Team members will also continue the interim planning process for the Arctic Observing Summit 2024 with a view toward creating a summit that functions as a sustained process beyond the biennial events. The team will work with the Food Sovereignty Working Group and Indigenous communities to explore the concept of Shared Arctic Variables, using salmon as a key theme, to identify how this may serve as an example for the SAON ROADS process. The Arctic CoObs RNA team is looking forward to participating in a variety of upcoming meetings, such as the American Geophysical Union Fall Meeting 2022, Arctic Circle Assembly 2022, and Arctic Science Summit Week 2023.

This article was first published in the August 2022 issue of Witness Community Highlights published by the Arctic Research Consortium of the U.S.