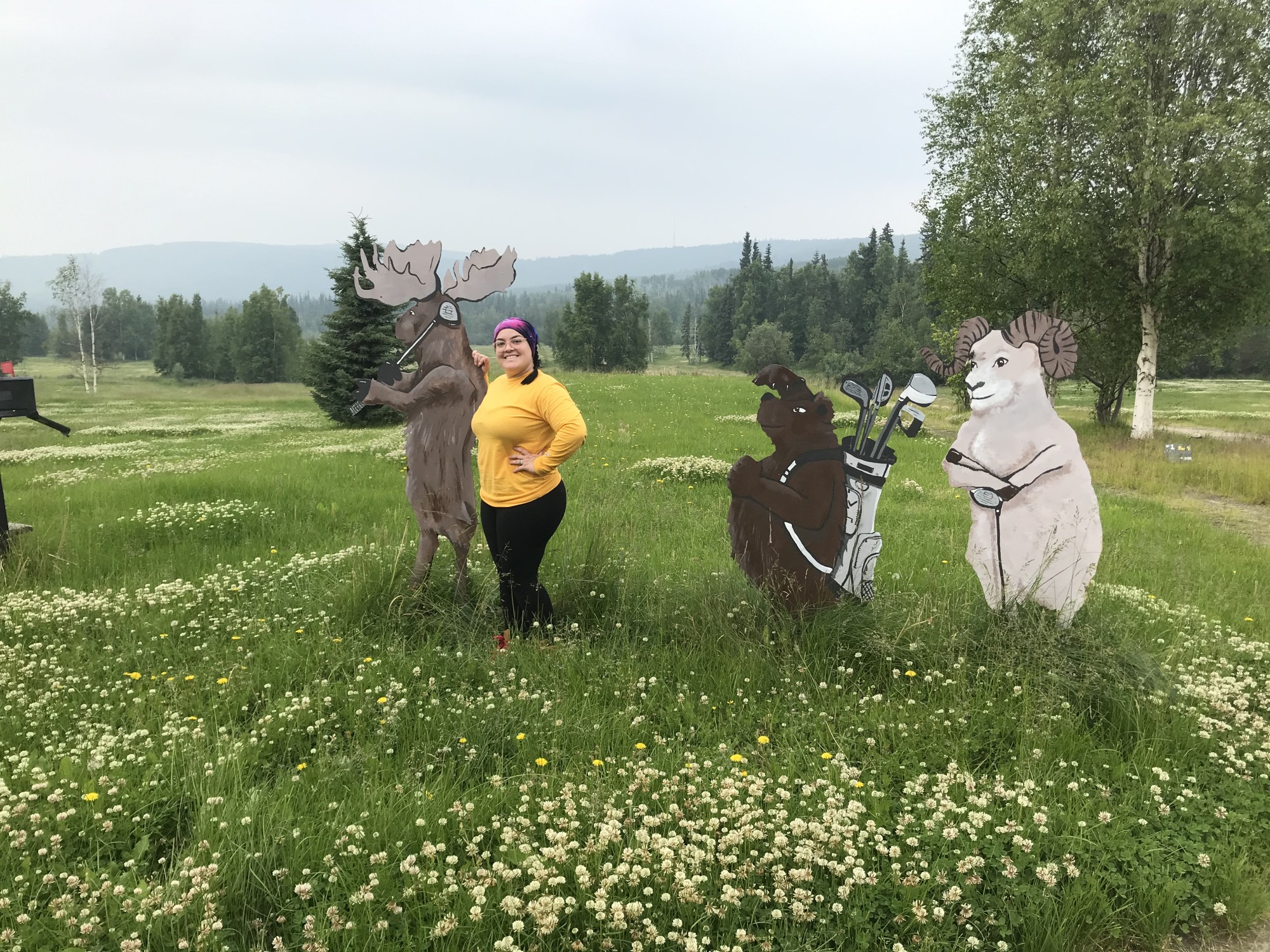 When you imagine a scientist conducting cutting edge research, do you imagine a Latina makeup artist who started out in community college? Maybe not, but Cristina Ornelas is proving these stereotypes wrong. Last month she was published in one of the world’s premier scientific journals, an accomplishment that few scientists have achieved and has helped her get into graduate school to study hydrology at the University of Alaska Fairbanks.

Ornelas participated in a global study exploring how humans are altering the way life evolves. Along with scientists in 160 cities and 26 countries, Ornelas contributed to groundbreaking research showing that cities are driving the evolution of white clover, an invasive plant that has colonized nearly every urban place on the planet, including Alaska.

Cities tend to have similar environmental conditions — more area covered in pavement, higher summer temperatures, fragmented green spaces and fewer herbivores. The research, which was published in the journal Science, found that a gene that helps deter animals from eating clover tends to have lower expression in clovers growing in cities compared to nearby rural areas. Watch a YouTube animation of the research.

White clover was introduced into Alaska only about 120 years ago, giving it less time to evolve than clovers in more southern cities. Fairbanks also shares fewer urban characteristics. As a result, Ornelas did not observe a trend in gene expression along the urban-to-rural gradient.

She did, however, find that Fairbanks clovers are adapting to the local environment. When non-native species like white clover are first introduced to a new location, local animals typically do not recognize them as food. So, there is little benefit for white clover to express the anti-herbivory gene when it first arrives. Since Ornelas found that 35% of the individual plants at some Fairbanks locations expressed the gene, it means the species has begun to protect itself from local herbivores.

“For Alaska, it means that some species that we have introduced are here to stay, and are part of our flora,” said Katie Spellman, co-author on the study and Ornelas’ mentor on the project. “White clover is integrated now, it’s part of our system.”

At the start of the study, lead scientists Marc Johnson and James Santangelo from the University of Toronto Mississauga approached Spellman, an ecologist and science educator at the International Arctic Research Center, about adding a northern study city to the project.

“We remembered Cristina’s enthusiasm for fieldwork,” recalled Spellman. “So we asked Bonanza Creek LTER [Long Term Ecological Research program] if they would help fund her work with me on this global project. It’s been a shockingly cool study, and the part that made me the happiest is what it did for Cristina.”

It was the opportunity Ornelas had been waiting for. As a student at Santa Ana Community College Mesa Program, she had participated in a research intensive with Spellman at UAF that exposes underrepresented and first-generation college students to research. Days into the experience, Ornelas knew that UAF was where she wanted to be.

“I was like, I am going to come and be a student here,” exclaimed Ornelas. “I love the campus, the mountains, everything!”

Turning that dream into a reality has not been easy for Ornelas. At times she felt like giving up and instead working full time at Sephora, where she was a makeup artist and enjoyed expressing her creativity.

“My undergrad journey was 10-12 years. I was thinking maybe I’m not cut out to be a scientist,” said Ornelas. “I was told women don’t really make it as scientists and engineers, especially Latinas.”

With encouragement from her husband and mentors, Ornelas persevered. Now she is published, has one year of graduate school under her belt, and is ecstatic to be investigating and discovering new things. As she advances in science, she wants to be a role model for other girls who look like her.

“We deserve to be here just as much as everyone else does,” proclaimed Ornelas. Ornelas, like the clover she studied, is here to stay.

Ornelas’ research was conducted as part of the National Science Foundation-funded Research Experience for Undergraduates program at Bonanza Creek LTER site. It also had support from the Arctic and Earth Stem Integrating GLOBE (Global Learning and Observations to Benefit the Environment) and NASA project at IARC. Ornelas is now pursuing a master’s degree in natural resources management while conducting research through the UAF Fresh Eyes on Ice project.